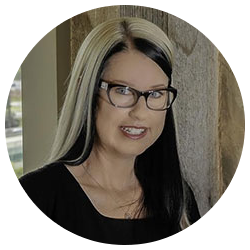 The Monday Team was formed in 2013, when Kerri decided it was time to expand her existing, thriving business into an even larger and more productive real estate machine.Kerri is well known for her creative and tenacious work ethic and rose to the ranks of Top Producer in 2011, when she embraced the wave of short sale and distressed properties, closing approximately 500 such transactions during that time. Although she is still one of the East Bay’s go-to short sale specialists, as the market recovered she established herself as an investor’s go-to agent aided by her savvy knack for numbers and a can-do attitude that helped dozens upon dozens of her clients build Oakland investment portfolios back when Oakland wasn’t yet on the map as the place to invest.

Traditional sales that put buyers into houses and gets owners out of properties is among another one of their shared talents. After several years of watching their buyers pine for a more transparent bidding system, they decided to join the ranks of the few path-cutting agents willing to launch auction-styled, yet traditional, home sales. Their sellers and buyers love the results and transparency afforded to both side of the transaction.